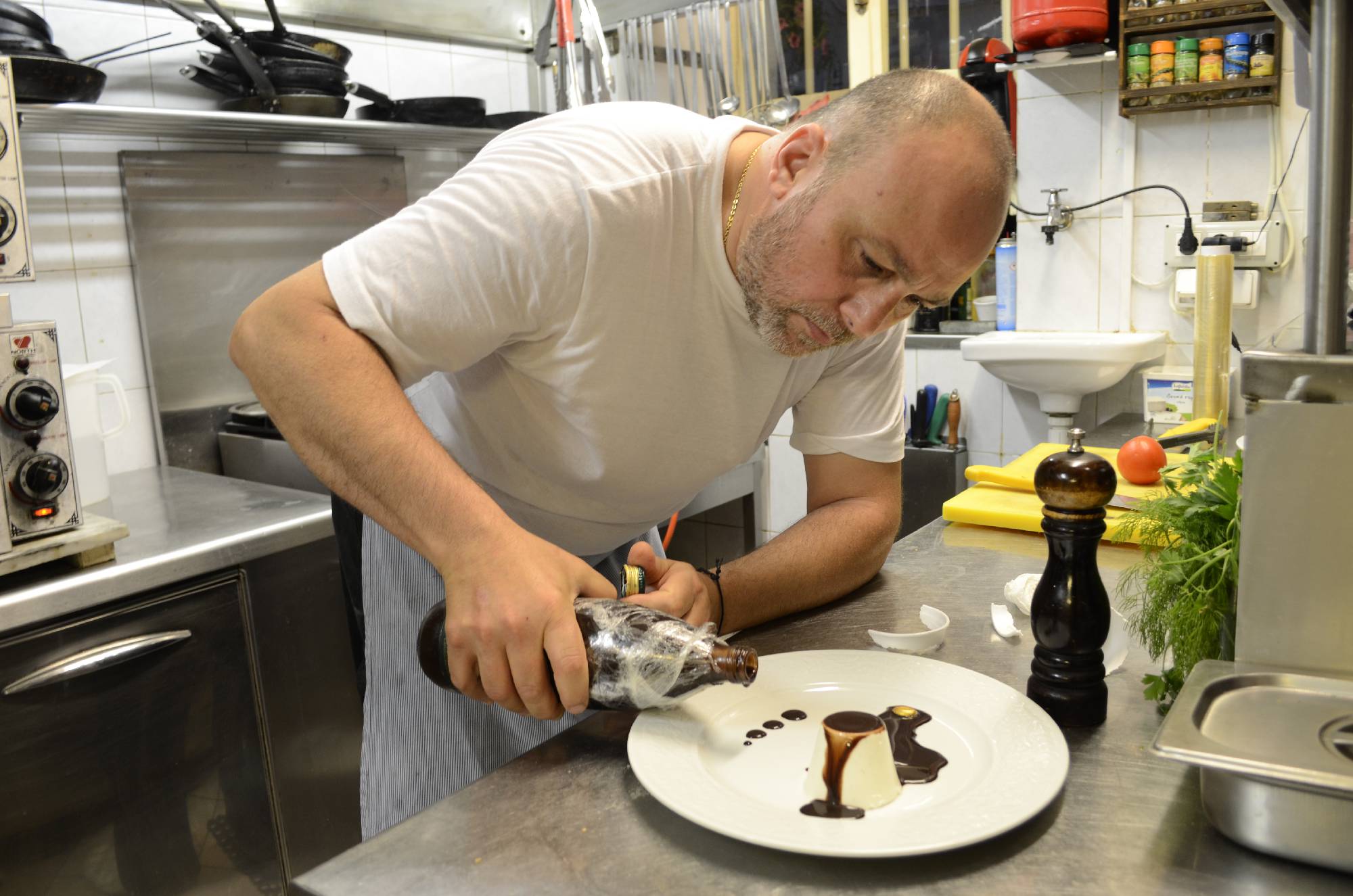 Born and raised in Naples, Nino Frezza confirms the rumour of the fiery Italian temperament. Like most of his colleagues, Frezza has travelled to numerous countries all over the world; from North and South America to France and Germany. For the next 10 years he remained in Athens, working in Italian restaurants and famous hotels in the city capital , suggesting the Athenians classic Italian recipes from Southern Italy .

While staying in Athens , he formed the ambition to own his own place on a Greek island. After much deliberation he chose Corfu, for its beautiful environment and its population. In 2006 he finally achieved that ambition, opening his restaurant in Alepou, then moving in the city, where he lives today with his French wife Patty and his young boy and girl. He regularly works sixteen hours per day for his passion, and his devotion is clearly reflected on the end result.

His small yet beautifully arranged restaurant can accommodate twenty-six patrons inside and a further fifteen outside, when the weather is nice. Opening hours are 7.30 pm to 12.30 am, seven nights a week. Commenting on the food is unnecessary, as it speaks for itself.

What I would propose to you is to visit this marvellous haven of Italian flavours.